Four letter words are some of the most commonly used words. In English, the best length of a word tends to sit between four to five characters long. Depending on the source, for example the New York Times averages that the best length is 4.9 whereas the research from Mark Mayzner , a researcher who studied the frequency of letter combinations in English words states that 4.7 is the best length, 80% of words are between 2 and 7 letters long with 4.79 being the average: 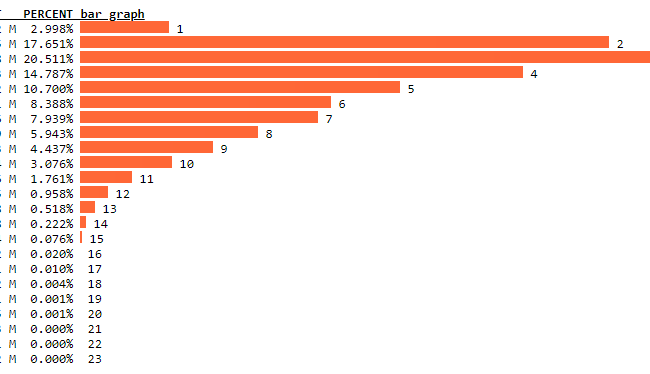 How many are there in the English Language?

This is often difficult to define because of slang, loan words, geography amongst other things, but if we want to use the global standard for what are ‘official’ words with four letters to get a starting point, we can look to the scrabble bible. According to various sites, 3,996 legal scrabble words.

If we were to look at the Free Dictionary, this rises to a huge 149,165 words with four letters.

Our goal at FOUR is to make website addresses more memorable, it’s a well documented fact that words with more than two syllables are hard to remember, this is according to the Gunning-Mueller Fog and SMOG (Simple Measure of Gobbledygook) Index. There are at least 2,460 words with four letters with one syllable and 1,015 words with four letters with two syllables. This means the vast majority are easier than others to remember.

Four’s goal is to make website addresses more easy to remember and access whether you’re online or out and about round the town.

Head over to our shop and pick up your next FOUR now: SHOP